Home » Life » How you destroyed our lives
Life

Eleven years ago my husband and I bought what we thought would be our dream home.

At the time we were newly engaged and excited to be embarking on the next chapter of our lives together. We hadn’t noticed that the end-of-terrace townhouse next door had been converted into flats until the week we moved in. We’d asked the previous owner about the neighbours during the buying process, and he told us that the woman next door was a widow, quiet and perfectly respectable. He didn’t tell us about you, her son. He lied on the seller’s questionnaire, omitting to mention the times he’d had to call the police. We had no reason to doubt him. After all, we were moving into a five-bedroomed Victorian terraced home on a lovely street, opposite a beautiful park. The chance there’d be someone like you living next door never crossed our minds.

We found out you existed six weeks after we moved into our home. You had been working away, but you still officially lived with your mother. It was Christmas Eve when you decided to make your presence known by holding an all-night party. After an hour of our walls shaking to their foundations, my husband went round to ask you to turn the music down, but nobody would come to the door. We hoped the disturbance was due to the time of year and that it was a one off.

That was the first time you ruined our night, but over the next six years a pattern emerged. You’d go out around 10 p.m., then you’d arrive back in the early hours with an entourage. The noise – music, drums, electric guitar, screaming, fighting and singing – would continue through the night, often until 9 a.m. You’d shout, whoop, yell, slam doors, and hide from my husband every time he knocked on your door to politely ask you to stop the noise. Your mother would hide too, sending random people to tell us neither of you were in the house. We followed the local authority and police’s recommended procedure for dealing with neighbour disputes to start with, but we gave up the one night you did emerge from the flat, smashed out of your skull, rambling incoherently. We realised then that you couldn’t be reasoned with.

When I was pregnant with my first child we foolishly hoped the noise and your complete disregard for anyone other than yourself would stop, but it didn’t. In fact, you made our lives even more unbearable. The night my first child was born, my husband spent his first hours as a father in the company of the police and environmental health officers. I am still bitter that you ruined that day for him. You probably didn’t know that my son had a traumatic delivery. You couldn’t have known that I needed two operations and an emergency blood transfusion. It may have stopped you from keeping my worried husband up all night if you had, but it seems more likely it would have made no difference at all. 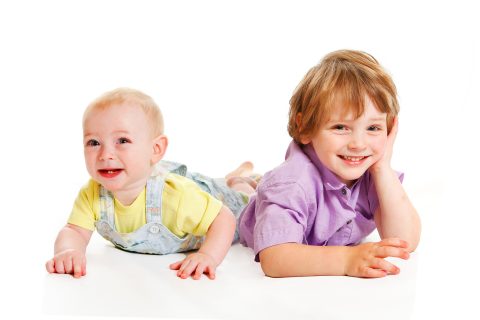 Luckily my first child could sleep through a hurricane and wasn’t disturbed; however it never occurred to you to behave like a normal, decent human being once you had a newborn baby living next door. After all, it was just a bit of noise, right? Maybe you just didn’t understand how debilitating it was for us, as new parents, to get no sleep. You have your own children now, and I’ve often wondered if that made you finally understand what you took away from us. Those first few years with our two sons should have been the happiest of our lives, but you destroyed a precious time that can never be replaced.

We were lucky our first son, Charlie (now nine), was a heavy sleeper, but with our second son, Henry (now seven), it was a different story. We wrote to you begging you not to shout or slam doors because he was distressed by the sudden, loud noises, and bangs. You didn’t care. Your family used the words of our letter and shouted them back at us. The police and environmental health officers told you and your family that you were hurting my children, but you thought it was funny. Our days were interrupted now, as well as our nights, with your mother, sister and girlfriend joining in the game to see who could wake up next door’s baby. We remember how you’d slam your front door practically off its hinges to wake Henry when you saw him sleeping in his Moses basket through the window of our front room. We remember you laughing, and whooping for joy every time you made him cry. Your mother is a social worker and your girlfriend taught in a local primary school – it makes me shudder to think of them working with children at the same time they played a part in mentally abusing my babies.

I recall sitting up in my bed in the middle of the night breastfeeding a one-week old Henry, while a police officer and two environmental health officers monitored noise that shook the walls of our home. I can’t tell you what I would give to have those early days back without you being in our life. Over the next eighteen months the authorities told us they had enough evidence to prosecute you. We watched as they confiscated your stereo and musical equipment. We watched with relief when they arrested you and put you in jail. They told us it was one of the worst episodes of neighbour abuse they had ever encountered. When you were all charged under the anti-social behaviour act, they apologised for not having greater powers to deal with you sooner.

But after you were charged, the noise finally stopped and we looked on the bright side. Then, you finally moved out of the flat. Your mother left for a time too, and we had a succession of lovely renters living next door. Then our little girl, Mathilde, was born and we brought her home to peace, quiet and a happy, stress-free house.

But almost five years later you have returned, this time bringing your girlfriend and two children to live with your mother in her two bedroomed flat. The day we found out you were back for good was also the day our daughter started school. You were waiting in the schoolyard with your son and we discovered they had been put in the same class with their school sadly unaware that you were the people who had caused so much harm to our children.

Seeing you every day for the past two months has dredged up all the memories I have tried so hard to move on from. I’ve decided to use the pain you’ve caused us for good in campaigning to give the council extra powers when dealing with abusive neighbours – especially where young children are concerned. Nothing will bring back what we’ve lost, namely our ability to enjoy our children’s early childhoods, but if we can harness our anger and turn it into something positive, then we intend to take that opportunity.

You made our lives a living hell. Our precious memories are tainted by what you did to us and our children. My younger son has had problems with his sleep, speech and concentration. As a baby he never had any peace and didn’t learn to settle until you moved away. He may never overcome these early difficulties and I don’t think I’ll ever be able to forgive you for hurting him.

However, if I can do something to make sure other families are spared what we went through, then I will.